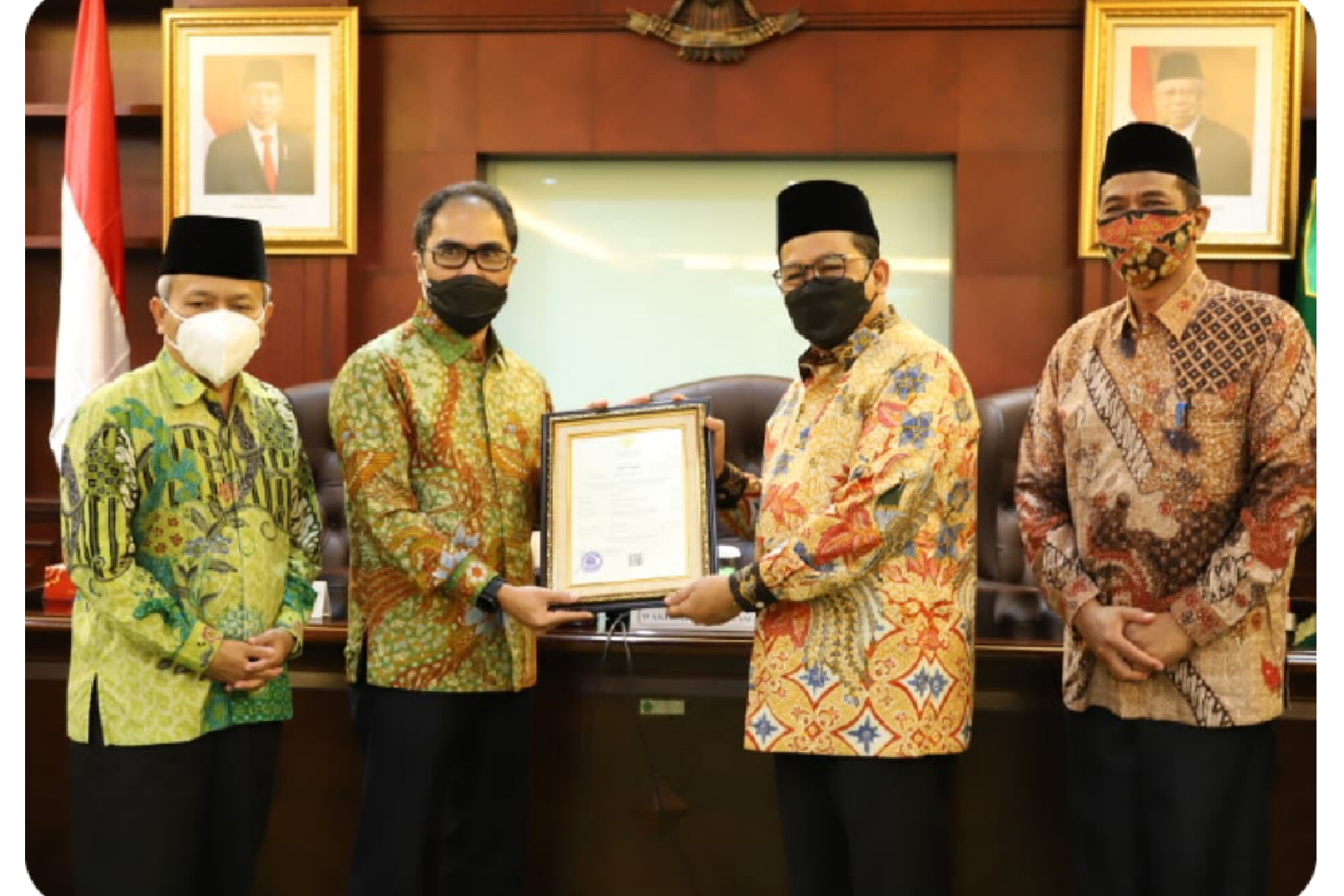 Indonesia has become the first country in the world to halal-certify COVID-19 Vaccine.

The official halal certificate was handed over from Indonesian Ministry of Religious Affair (Kemenag) to Bio Farma PT (Persero) in a live telecast aired from the ministry’s official Facebook page earlier today.

“The vaccine got its halal approval on Monday,” said the ministry’s representative (Wamenag) Zainut Tauhid who also highlighted that The Indonesian Food and Drug Monitoring Agency (BPOM) had released the emergency approval of the Sinovac Vaccine.

According to Head of BPJPH, Prof. Ir. Sukoso, The application for the halal certification was made in October last year.

“PT Bio Farma Persero had submitted their application to BPJPH on 9 October 2020,” said Prof Sukoso in his opening speech.

He further added that the halal certificate was then produced by BPJPH on 12 January 2021 based on the halal regulation made by MUI after it had gone through strict auditing by LPPOM MUI.

“Today we are witnessing a historic moment as the certificate is handed over officially to Bio Farma PT on 13 January 2021,” Prof Sukoso added.

Zainut highlighted in the 22-minute live stream that this is an effort by the government in combating the pandemic and urged all Indonesians to not have doubts over the halal status of the vaccine and adhere to the call by government to protect the whole the nation in-line with the teaching of Islam.

Meanwhile, Bio Farma PT President Director Honesti Basyir expressed his thankfulness and regard to the government on the halal certification approval.

“I am accepting this halal certificate on behalf of Bio Farma PT (Persero)’s big family. Thank you all for your assistance. We will carry out this trust (amanah) at the best of our ability,” said Basyir.

“This is a huge task and we also seek guidance from all stakeholders at Kemenag,” he added.

Also present at the ceremony was Kemenag Secretary-General Nizar Ali.