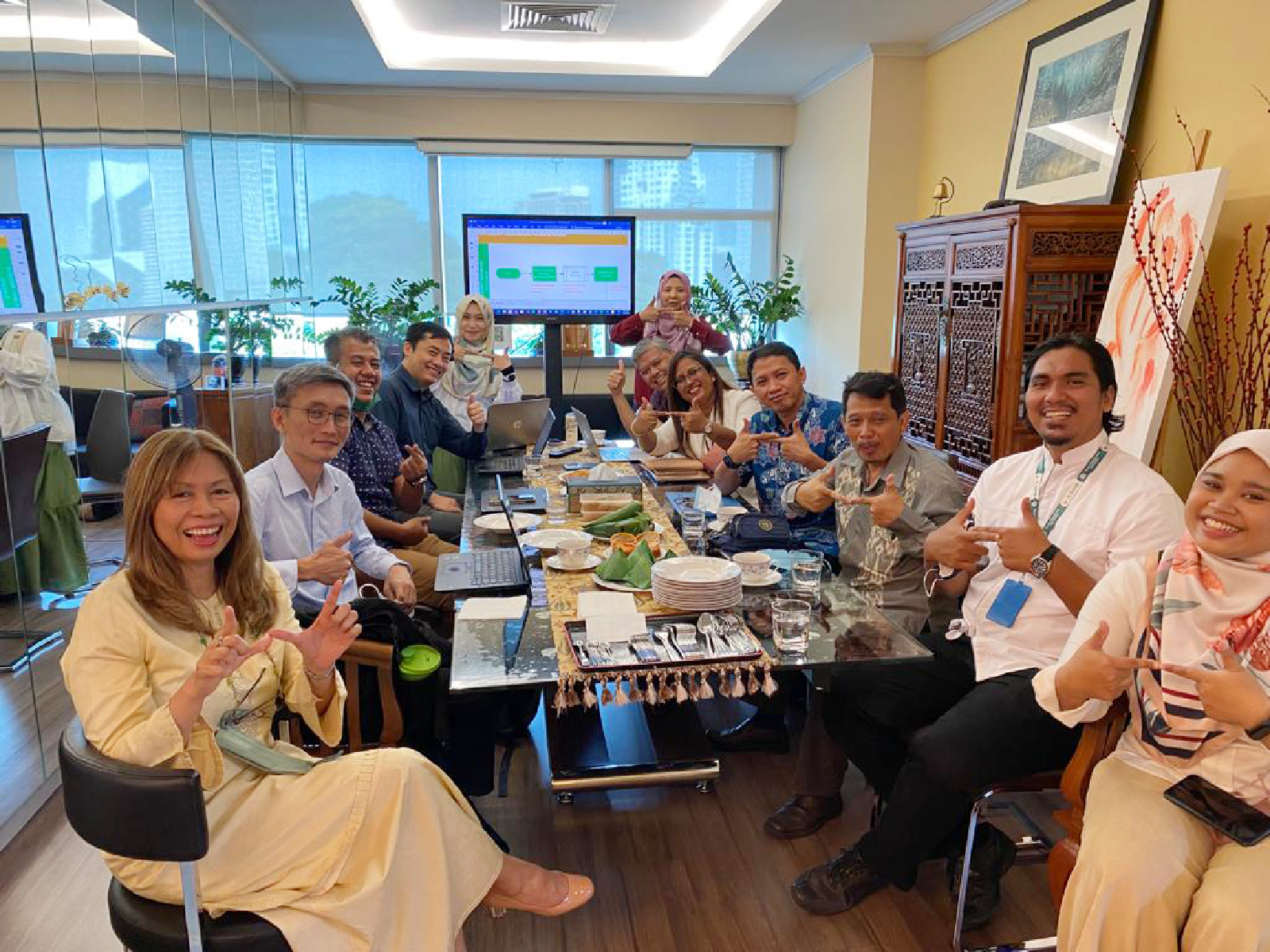 Serunai Commerce and Brawijaya University of Malang, Indonesia will further their cooperation following the recent visit by the university’s delegation to Serunai Commerce’s head office.

This comes following the working visit by Serunai’s delegate lead by the Group CEO and Founder, Amnah Shaari to Indonesia in March, early this year.

The Serunai Commerce welcomed delegates from Brawijaya University of Malang, Indonesia led by Dr. Hagus Tarno, the Head of South-South Cooperation Research Center. The arrival of delegation was received by Serunai Commerce’s top management together with Members of the Board, head of departments, and the working group of IsDB’s reverse linkage project.

Brawijaya University was established on 5 January 1963 and located in Malang. It is an autonomous state university in Indonesia. It has also signed a Memorandum of Understanding with the Halal Product Assurance Organising Agency (BPJPH), a MORA agency, allowing them to serve as Halal Centres, assisting companies interested in applying for Halal Certification and providing guidance on the development of Halal Product Assurance in Indonesia.

This is part of the initiative by the Government of Indonesia in an effort to shift from being the world’s largest Halal consumer market into the world’s largest Halal producer. Indonesia developed the Indonesian Islamic Economic Masterplan 2019-2024 (MEKSI) to ensure that the foundation of the economy is irrefutably based on Islamic principles (i.e. Halal). Following that, Indonesia’s Halal Good Law was established and enforced.

During the 3-day working visit, both organisations exchanged their experience in order for University Brawijaya and Serunai’s Halal Centre of Excellence to act as the principal Halal Center that would promote, support, and sustain the initiative to complete the reverse linkage project for Indonesia.

The purpose of this visit was also to facilitate project development, planning, and implementation with relevant industry stakeholders. The delegation was briefed on the project’s contents, which included the Halal schemes category, Halal application procedure, and international Halal application programmes, as well as discussing on the strategic partnership prospects that may be exploited between Serunai Commerce and Brawijaya University. Furthermore, with the booming Halal demand, the discussion agreed that it is critical for Halal to go digital, especially now that the global pandemic has accelerated the need for a digital Halal platform to promote better quality assurance for all segments, including food, cosmetics, pharmaceuticals, and beyond.

Serunai Commerce’s efforts as a local player to continue supporting Halal sector participants throughout the world in the digitalisation of their Halal operations are intended to benefit from the strategic collaboration.

Serunai Commerce thus far has launched the Global Halal Data Pool™ as well as the Verify Halal™ app, Halal Digital Chain, HADIC™ (blockchain-powered), and have recently added the Certification Bodies Master System CBMS™ which is paired with the VH SMART™, a digitalised and comprehensive version of the Halal Assurance System (HAS) which is an integral component of a company’s Halal integrity, especially for Halal certification purposes as well as HADIS™, an internal audit app used by Halal applicants to manage Halal audit activities within their organisation.

Get in contact with professionals and visit Serunai’s official page at https://serunai.com/ for more information about their activities and services.

THE DREADFUL SOY PRODUCTS AN